I’ll be the first to tell you, I am not the best at expressing gratitude.

In November 2013, I was working as a live-in nanny for my cousin, Kim. She’s crafty beyond belief and had created a “Thankfulness Tree” for the kitchen table. In reality, it was a dead branch stuck in a pot with little construction paper leaves. Every morning, we would write something we were thankful for on a leaf and hang it on the tree.

My thankful leaves were about as impressive as a first-grader’s: family, friends, my job, food.

That would soon change.

Our cousin, Stephen, had been in the hospital since the beginning of November. The weeks had been filled with strokes, surgeries, tests, prayers, and praise. Doctors struggled to find out what was wrong with him, but eventually, he started getting better. The Monday before Thanksgiving, the doctors discussed their discharge plan. Stephen would be going home soon, but would need in-home care while he recovered from the stroke damage.

He was still young and strong, so they had high hopes for his healing.

The Tuesday before Thanksgiving, my phone rang early in the morning. I answered it. My mother was practically whispering, choking back tears, “Jessica . . . Stephen is gone. He died around five this morning.”

I remember nothing else of that conversation. After I hung up, I sat on the edge of my bed, in shock.

That morning, I went to the “Thankfulness Tree” and struggled to find something to write down.

They said he would recover. We never got to say goodbye. What kind of loving God toys with people like that?

I questioned Him. I doubted Him. I felt betrayed, hurt, and angry.

Grief is hard to work through on its own. Working through a sudden loss during a season of thankfulness and celebration is enough to drive you insane.

It took me months of pretending to be OK to realize that you can’t make healing happen by pretending you aren’t hurting.

Eventually, I realized it was OK to tell God exactly how I was feeling.

This is what we see in the story of Lazarus as told in John 11.

In Sunday school, we focus on the miracle of raising Lazarus from the dead because it makes a really neat coloring page, but there’s a story before that.

It’s the story of two sisters, their ailing brother, and their friend, Jesus.

Mary and Martha, Lazarus’ sisters, sent word to Jesus that Lazarus was ill and pleaded with Him to come. He delayed and finally made His way to Bethany four days after Lazarus died. There, Mary and Martha remind Him that if He had been there, their brother wouldn’t be dead.

This is where we find the shortest verse in the Bible, “Jesus wept.” Jesus doesn’t take the opportunity to lecture about His sovereignty. He doesn’t scold them for questioning Him. He meets Mary and Martha in their grief by weeping with them. He weeps even though He knows all the answers, and He knows what He’s about to do.

He graciously responds to their hurt and questioning by drawing closer to them.

There’s an intimacy in being honest, even if it seems ungrateful or “un-Christian.”

Losing my cousin smack in the middle of the holiday season has been one of the most painful experiences of my adult life. It has shaken my faith in ways nothing else has. There have been many times I have simply told God, “I’m having a hard time believing You’re good right now.”

I now know God to be a tender and compassionate friend, one who grieves with me.

Even when we doubt and question. Even when we struggle to see good, He is Immanuel, God with us. A God who knows us, loves us, and grieves with us.

For that, I am forever grateful.

'Even when we struggle to see good, He is Immanuel, God with us.' @BeggarsDaughter at @incourage: https://aws.incourage.me/?p=182211 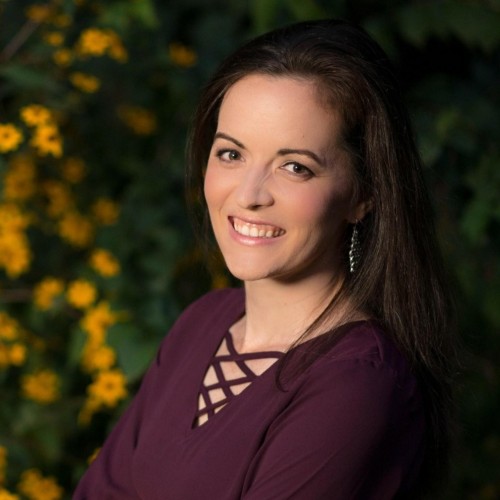 Jessica is a writer and speaker known for tackling tough topics and for her obsession with loose leaf tea.