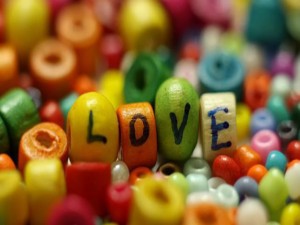 “Love is an irresistible desire to be irresistibly desired.” ~ Robert Frost

I had the best time in my life on our first date.

Like a battle weary veteran, I was well versed in stealing away the spontaneity of attraction.

This is probably just all much ado about nothing.

When I set my expectations low, the flick turns out a lot better than imagined.

Problem was, this time I really wanted him to like me.

I’d been burned before, and I had the char marks on my overdone romantic history to prove it.

Don’t get me wrong. I love watching chick-flicks. But getting my romantic hopes up felt like eating those ice cream fat-cubed bon bons. A few are good for entertainment, but hold onto them too long — and you’ll end up with a tummy full of regret and the day after, a size too big to inhale into those skinny jeans.

So, the next day when Prince Charming called to invite me over to his place for dinner, I was ready to skip the fairytale and get to The End.

I let out a friendly chuckle and assured him I had a great time last night, but maybe things were going a little too fast?

“Could we just get to know each other as friends more… Group date?”

He didn’t want to group date.

We hung up cordial, telling each other see you later that Friday night at church.

I’m not sure what compelled me to pick up the phone 30 minutes later. Probably it was my girlfriend down in LA who was threatening to fly up and kill me, if I didn’t call him back.

The heart that had learned so well to protect itself over the years tugged at me — for the chance to love — even if it would break again.

I was ready to do the dumbest thing I hadn’t done in forever.

The Place In The Open

I stepped out into the open — even if it meant lightning might strike.

It wasn’t the last time I’d try to sabotage the fairytale.  I had to continually push myself out there.

Out in the open, I’m exposed.  What if I ended up liking him more than he liked me?

The flip side drew me out.  But what if I was entering into a new story with him?

This question took me to the place in the open, where I was vulnerable to get hurt. In the hollow of those echo-filled nights, I shared my most intimate conversations with my heart and with God.

The scary thing is the Behind-The-Scenes story that my Prince Charming tells me today about that fateful conversation.

He respected me so much, he was really going to treat me like a friend after that phone call. And consider the door that I had just closed, shut.

You see, he didn’t want lightning to strike twice either.

Everyone after all, is hesitant to move out into the open.  When two people are willing to take a risk, there can be rejection.

As for me, I went on to marry that sweet fellow, who made me teriyaki chicken with microwaved edaname for appetizer that night at his apartment.

God hasn’t stopped calling out to me, to run further into those open places.

He wants me vulnerable, even as I fear rejection, feeling unworthy, and downright protective.

Single or married — If you’re standing under the shade of safety like me, but looking longingly at the place in the open — make your walk with me, where lightning could strike twice.

You have someone to hold you, should it pulse through the skies. It could be Prince Charming, but remember in our right hand is our Heavenly Groom who will always be there to carry us home.

I’ll be here with a fridge full of ice cream bon bons to share. And we can watch chick flicks ’til the cows come home.

If you have a story to share — or one in the making — drop it in a comment below. I’ll be reading and nodding, sharing this space with you.

By Bonnie Gray, the Faith Barista.

Wanna swap more thoughts on love? I’ve kicked off a new series on Faith Barista — Unwrapping Love. Click here to read Confessions About Singleness & Dating and check out the community at Faith Barista. Then, add your voice!

Bonnie Gray is the author of Sweet Like Jasmine, Whispers of Rest, wife, and mom to two boys. An inspirational speaker featured by Relevant Magazine and Christianity Today, she’s guided thousands to detox stress and experience God’s love through soul care, encouragement, and prayer. She loves refreshing your soul at...